Lionel Richie proves he’s still got it as new song moves to No. 1

Lionel Richie proves he’s still got it as new song moves to No. 1 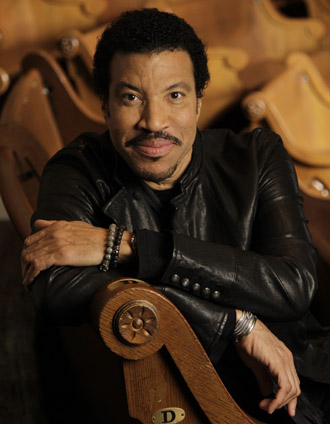 LOS ANGELES - Veteran soul singer Lionel Richie knocked Nicki Minaj off the top spot of the Billboard chart on Wednesday as his country album “Tuskegee” made the rare climb to No. 1, three weeks after its release.

It is uncommon for albums to climb to the top position in weeks following their release. Most chart-toppers tend to debut at No. 1, but sales for “Tuskegee” remained steady since it entered the chart in late March at No. 2.

“Tuskegee,” which sold 129,000 copies last week, is Richie’s highest charting album since 1986, when “Dancing on the Ceiling” topped the chart.

R&B singer Monica’s latest album “New Life” made the highest debut this week, entering the chart at No. 4, while blues singer and slide guitar player Bonnie Raitt debuted at No. 5 with “Slipstream.”

Former Google employee-turned-rapper Hoodie Allen made an impressive entry at No. 10 with his self-released EP “All American,” selling 27,000 copies. Allen also said that he would personally call every person who bought his album, in a letter to his fans prior to the album release. Australian singer Gotye’s album “Making Mirrors” climbed from No. 15 to No. 7 with its biggest sales week of 54,000 copies, boosted by his performances at the Coachella Valley Music and Arts Festival and on “Saturday Night Live” last weekend.

The singer’s break-up anthem “Somebody That I Used To Know” also topped the Billboard Hot 100 and Digital Songs charts this week, after Fox’s hit television show “Glee” covered the song in a recent episode. Reuters