Girl beaten to death by friends, buried in park

Girl beaten to death by friends, buried in park 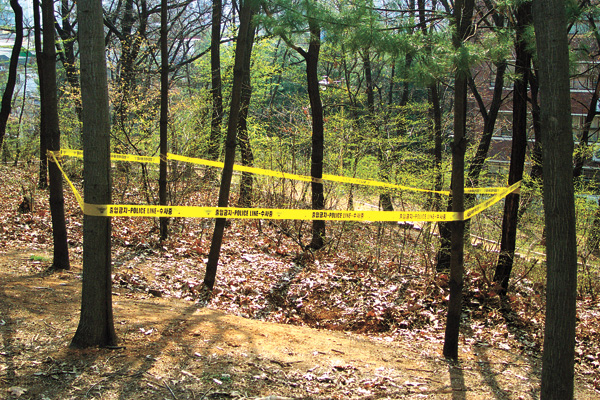 An 18-year-old runaway girl was beaten to death by her teenage friends then buried in a park just seven meters (22 feet) away from a walking path on April 7 in Haengsin-dong, Goyang, Gyeonggi, police revealed yesterday. By Jeon Ick-jin


An 18-year-old girl surnamed Baek who was a high school dropout was beaten to death by her teenage friends and then buried in a park in Gyeonggi, police revealed yesterday.

The Gyeoggi Ilsan Police said yesterday that arrest warrants were filed for a 17-year-old boy surnamed Goo and four other teenagers of both sexes who beat up and killed Baek. 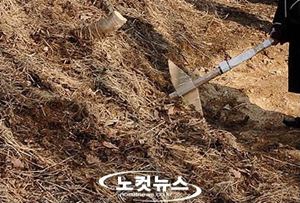 Nine teens between the ages of 17 and 19 were at a room rented by one of the teens in Haengsin-dong, Goyang, on April 5 at 3 p.m. when they got into an altercation. There were five girls and four boys. Some were in high school while others had dropped out or were unemployed.

The police said the teens demanded to Baek, “Why do you talk back and talk behind our backs?” Then they ganged up on her and took turns beating her with a bat until she died.

After that, they deliberated on how to dispose of the corpse for the next 24 hours. Finally, at 2 a.m. on April 7, they buried her in a neighborhood park 300 meters (328 yards) away from the house.

The four other teens involved in the case were also taken into custody.

According to the police, Baek knew the other teens for several months. She had also slept over at the house before.

The police said that since Baek and her friends spent many hours together and even ate meals together, the teens didn’t beat her with the intention of killing her.

Two of the teens felt guilty about the incident and finally confessed to the police on Tuesday.

The National Forensic Service confirmed after an autopsy on Thursday that the dead girl’s rib cage was broken before she died. They also discovered internal hemorrhages from the excessive gang beating.

“The corpse had bruises all over its body, including the arms and the buttocks, as if beaten by a blunt object,” said the NFS.

The forensic service reported to the police that the cause of the girl’s death is “presumed to be from the trauma caused by the damaged rib cage and internal bleeding from the gang beating.”

The results of a more detailed autopsy will be revealed early next week, said the NFS. According to the police investigation, the teens were neighborhood friends and were frustrated at Baek for not listening to them and talking behind their backs regarding their dating lives, and thus took turns beating her. Baek ran away from home in February and spent the last couple of months with this group of friends.