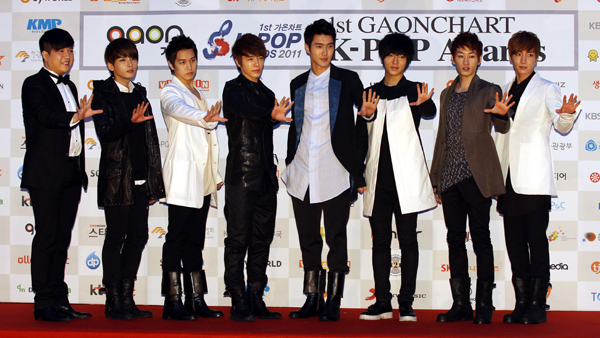 
Super Junior will hold an encore concert of its “Super Show 4” on May 26 and 27. The repeat performance has been in demand since the band last performed for Korean fans back in November at Olympic Park in eastern Seoul.

Tickets for the show will go on sale online from April 26 and it is expected to be a fierce battle to purchase a ticket.

In the meantime, the boy band is performing in Indonesia from April 27 to 29 and in Japan from May 12 to 13.
By Carla Sunwoo [carlasunwoo@joongang.co.kr]