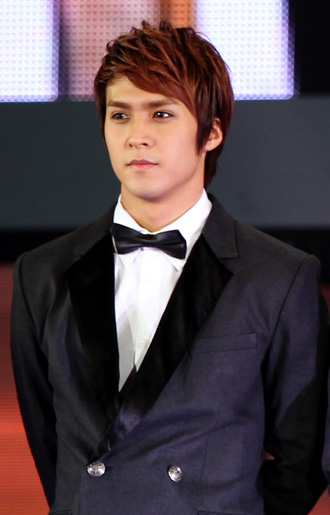 The song was co-produced by famed composer and song writer Sinsa-dong Tiger and will be included in an album of the composer’s works. The tune is a ballad piece about a man in love.

Son’s band members have shown their support for Son by mentioning the project on various social networking sites.

Cube Entertainment said that Son was also busy preparing for Beast’s new album that will be released in the coming months.

On Sunday, the group met with more than 5,000 fans as it held its second official fan meeting. The event, which took place at Jamsil Indoor Stadium in eastern Seoul, was the first since they held their inaugural fan meeting a year ago at Korea University.

At the event, presents were given out and members took to the stage to showcase their individual talents.