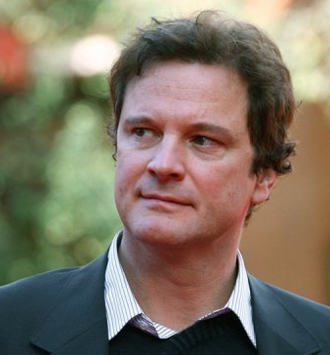 RIO DE JANEIRO - Britain’s Oscar-winning actor Colin Firth on Wednesday launched a major drive with Survival International to save “Earth’s most threatened tribe,” the Awa of the Brazilian Amazon.

Survival International, a leading advocate for tribal peoples’ rights worldwide, said the Awa’s territory has been invaded by a vast army of illegal loggers, ranchers and settlers, and the small tribe is threatened with “genocide” and “extinction.”

The aim of the campaign is to persuade Brazilian Justice Minister Jose Eduardo Cardozo to send in federal police to clear out the loggers, ranchers and settlers, and keep them out.

A short film by Survival International features an appeal by Firth to sign a petition calling on Cardozo to act to save the Awa.

“The Awa’s forest is being illegally cut for timber. When the loggers see them, they kill them. Their bows and arrows are no match for guns. And at any other time in history, that’s where it would end. Another people wiped off the face of the earth, forever,” Firth says in his appeal. “But we’re going to make sure the world doesn’t let that happen.”

The film includes scenes showing the Awas’ close relationship to their pets, the moonlit ritual in which they talk to their ancestors’ spirits and the devastating destruction caused by loggers and ranchers, who set whole hillsides ablaze.

Survival International said the situation was now so critical that several Brazilian experts have spoken of “genocide” and “extinction.”

“If enough people, in Brazil and around the world, show they care, Awa children will be able to grow up in peace on their own land. That’s been proved over and over again,” Survival International’s director Stephen Corry said in a statement.

The organization said there are roughly 360 contacted Awa, many of them survivors of brutal massacres.

Another 100 of them are believed to be hiding in the rapidly-shrinking forest.

According to Brazil’s National Indian Foundation, some 77 isolated indigenous tribes are scattered across the Amazon. Only 30 such groups have been located.

Indigenous peoples represent less than 1 percent of Brazil’s 191 million people and occupy 12 percent of the national territory, mainly in the Amazon. AFP