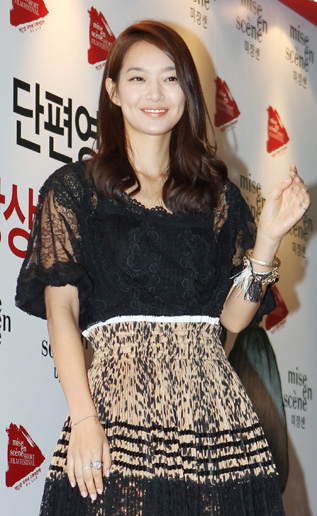 “It was a small profile piece introducing Shin to the U.S. audience along with a picture,” a representative from the agency explained. “Shin was described as both a talented actress and a fashionista.”

The newspaper called her “a triple threat” as “a model, actress and singer who’s made 10 movies and 5 TV dramas in her home country.” It featured pictures of the actress in a pale blue Prada skirt and pointed out her expanding global presence.

Although her agency said Shin has no immediate plans to break into the U.S. market, she is said to be diligent in keeping up with her English.

Meanwhile, Shin was also featured in the May edition of U.S. fashion magazine Vogue in a two-page photo spread. In Korea, Shin is busy making preparations for her role in the drama “Arang and the Magistrate.”