Jessica Simpson gives birth, showing that even her pregnancy had to end

Jessica Simpson gives birth, showing that even her pregnancy had to end 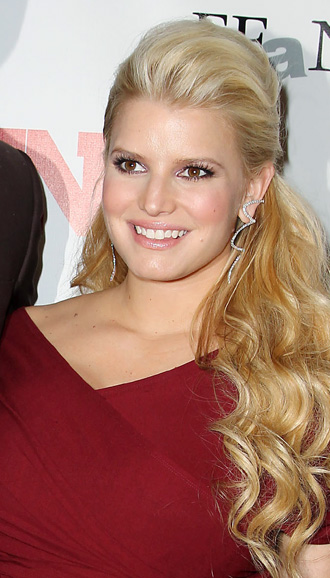 Since announcing her pregnancy last Halloween over Twitter, Simpson posed nude for the cover of Elle magazine, shared her cravings like salted cantaloupe and Pop-Tarts, and joked about her excess of amniotic fluid on “Jimmy Kimmel Live.”

Maxwell is the first child for 31-year-old Simpson and her 32-year-old fiance Eric Johnson, a former American football player.

The name is a tribute to the couple’s families: Maxwell is Johnson’s middle name and the maiden name of his mother, and Drew is Simpson’s mother’s maiden name.

“We are so grateful for all of the love, support and prayers we have received,’’ Simpson said in a statement on her Web site. “This has been the greatest experience of our lives!!”

During her seemingly endless pregnancy, Simpson kept up public appearances, including on NBC’s “Fashion Star,” and used Twitter to send pregnancy updates, such as her dream of wearing a leopard caftan in the hospital.

Recently, even celebrities like Katy Perry and Chelsea Handler posted tweets asking if the singer and fashion designer had given birth yet. AP