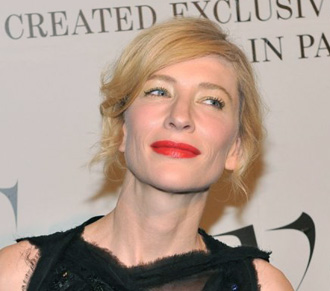 Hawkins, who had a small role in Allen’s 2007 “Cassandra’s Dream,” a year before her breakout role in Mike Leigh’s “Happy Go Lucky,” will play a “neurotic who’s more fun and rough around the edges,” it said.

“Hangover” star Bradley Cooper is “circling a role in the ensemble,” it reported, adding that Blanchett - who like Cooper has never worked with Allen before - will play a joint lead with Hawkins.

The movie is expected to be shot in San Francisco and New York this summer, according to Variety.

Allen, who won an Oscar for best original screenplay this year for “Midnight in Paris,” last month premiered his latest film “To Rome With Love,” in which he stars alongside Penelope Cruz. AFP