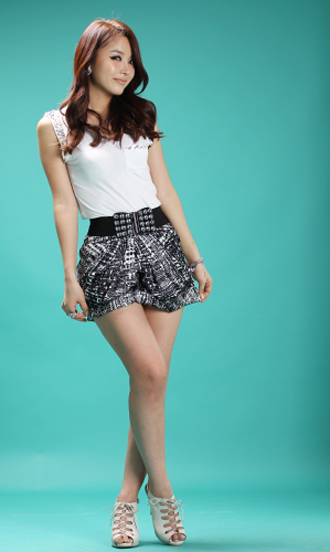 Singer Hong Jin-young has landed the role of a singer from Jeolla Province on the MBC drama “Light and Shadow.”

Core Contents Media confirmed on May 1 that Hong will play Ji-ae, a nightclub singer who performs songs from the 1970s and ‘80s.

Hong’s character will also be one-third of a love triangle with characters Cho Tae-su (played by Kim Roe-ha) and Hye-bin (played by Narsha from Brown Eyed Girls).

“I can’t wait to show off my acting skills to the public,” said Hong.

Hong will make her debut appearance on the show’s 43rd episode.