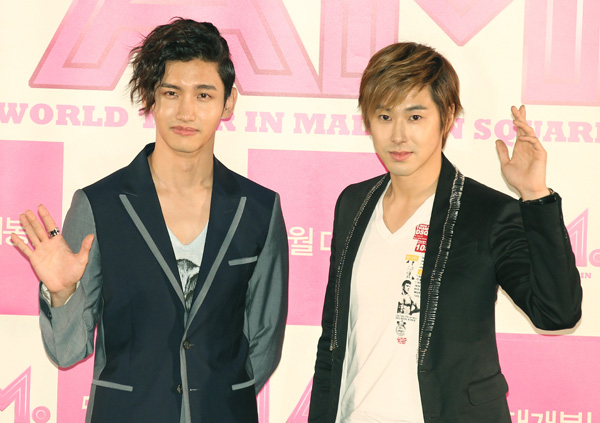 
K-pop heavyweights Super Junior, TVXQ, Girls’ Generation, MBlaq, KARA and Wonder Girls will be a few of the acts to perform at Google’s headquarters near San Jose, California, on May 21.

The performances put on by the K-pop acts will be streamed online via Google as well as through Korean network MBC.

This is the first time that Google has orchestrated an event that includes K-pop performances, testifying to the growing presence of Korean music overseas.

“Everyone is psyched about the K-pop stars performing here,” a Google representative said. “A long time ago, K-pop stars appealed only to Korean-Americans, but now there is interest from the general American public. Thus, the showcase is not merely for the Korean fans, but for all who love pop music worldwide.”

Ahead of the Google show, artists from SM Entertainment such as Super Junior, TVXQ and Girls’ Generation will perform at the Honda Center in Anaheim, California, at the “MBC Korean Music Wave in LA” concert on May 20.