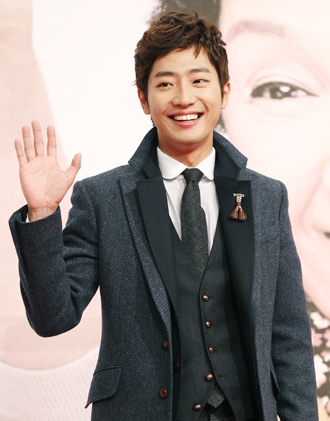 Actor Lee Sang-yeob held his first-ever fan meeting in Tokyo, Japan on May 4. The event, which took place in Tokyo, was comprised of various segments, including singing, a games corner, and a question and answer forum, among many others.

Lee, who is currently starring in JTBC’s “I Live in Cheongdam-dong,” took time to step off the stage and greet the fans personally, saying, “I want to remember each and every one of you here.”

The entertainer showed just why he was so adored by fans as he started to shuffle dance at the request of a fan.

On a more serious note, Lee said that his reason for becoming an actor was because this career choice allowed him to bring happiness to those around him.

“I remember when I was young and acted in school plays. My mom, who was always so strict and serious would be sitting there smiling at me. Today, I just want to make everyone smile,” said Lee.

If that wasn’t enough, the 28-year old star managed to win over more fans by name-dropping a very famous K-pop star.

“Yu-chun, although he is a singer, takes acting so seriously, and I respect him so much. We are good friends and have plans to travel together,” Lee said of JYJ’s Park Yu-chun, with whom he acted with in “Miss Ripley” (2011).