Samsung SDS gets Aramco IT job

Samsung SDS gets Aramco IT job 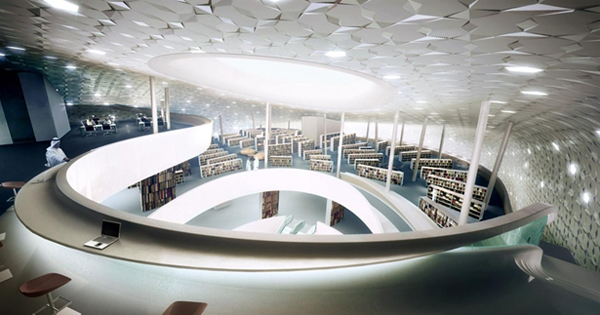 Computer-generated image of the King Abdulaziz Center for World Culture, in which Samsung SDS will participate. Provided by Samsung Electronics


Samsung SDS, an IT services arm of Samsung Group, said yesterday it is participating in the Saudi Arabian project of constructing a cultural center in Dhahran by using its expertise in digital space convergence.

Saudi-based Aramco, the world’s largest oil producer, is building the King Abdulaziz Center for World Culture. The project has designated companies to take responsibility for three key elements: construction, IT and exhibitions. Samsung SDS has been picked for the IT work.

The company owns core technologies in digital space convergence, or DSC, an emerging IT business model that integrates digital gadgets, wireless and wired networks, software and design. The package of technologies has been used in the National Museum of Korea as well as Yonsei and Myongji Universities.

“Through the deal we are now able to export the technologies that we have developed through collaborations with local firms,” said Chang Hwa-jin, vice president of Samsung SDS.

Samsung said it hopes to see revenues from overseas business contracts account for 30 percent of total this year.