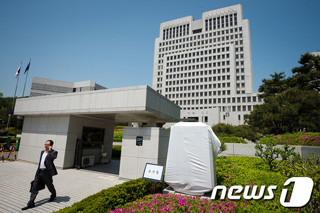 The Supreme Court of Korea overturned two prior rulings yesterday in favor of an Ivoirian woman who pressed charges against the minister of justice for denying her asylum.

The 48-year-old woman from the Ivory Coast arrived in Korea in 2005 and filed an application for refugee status that was rejected by the Ministry of Justice.

As a member of the ruling Ivorian Popular Front (FPI), she was politically active until rebel forces beat her and killed her cousin in 2004.

In previous rulings, judges stated that it was difficult to accept her asylum application because the law stipulates that refugees need “plenty of evidence supporting that they will face persecution” in their own country based on their race, ethnicity, religion or social or political viewpoints.

The court stated that the Ivoirian woman’s testimony on the assault and her cousin’s death was inconsistent, and the Ministry of Justice at that time concluded that “it was difficult to believe that she would be persecuted by rebel forces if she returned to her country” despite the fact that she had expressed at the time that she feared for her life.

However, in its ruling yesterday, the Supreme Court stated that though her testimony was “inconsistent,” this “is not enough to completely discredit her testimony taking into account the limitations of memory.”

The court further stated, “If she is repatriated to her country of origin, there is a chance that she will be persecuted for her tribal affiliation and political beliefs.” The ruling acknowledging the asylum application was passed to the Seoul High Court.

Last month, a 35-year-old Iranian man who faced persecution in his country for religious beliefs in 1999 and settled in Korea in 2003 was granted asylum by the court in an appeals trial. He had been previously denied due to doubts over his conversion to Christianity.