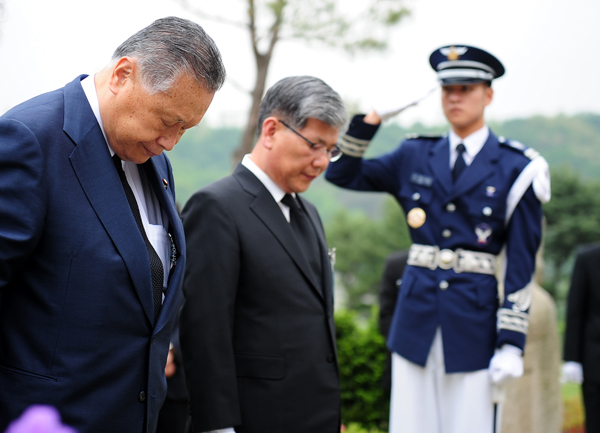 Japan’s former Prime Minister Yoshiro Mori, left, pays his respects at the tomb of Park Tae-joon, the late founder and honorary chairman of Posco, yesterday at the Seoul National Cemetery in Sadang-dong, western Seoul. The retired Japanese politician and Park, who died in December of last year, are Waseda University alumni.