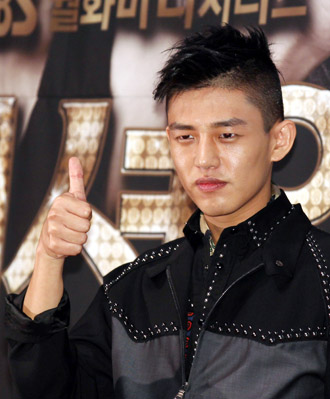 Actor Yoo Ah-in has donated an enormous amount of rice - 2,140 tons, to be exact - to a charitable noodle shop in Hwasu-dong, Incheon.

According to a representative from the drama “Fashion King” in which Yoo stars, the star requested that the rice sent by fans to celebrate the program’s launch be donated to the restaurant on Friday.

The restaurant is well known for its good works in feeding more than 200 customers a day free of charge. The customers are mostly homeless people or elderly citizens who are living on their own.

The donation should feed the restaurant’s regulars for at least two months.

The bags of rice were presented to the stars of the current hit drama back in March during a press conference at Gimpo International Airport. In the show, Yoo plays Young-geol, who moves to the U.S. to try and break into the fashion industry.