A horde of gamers

A horde of gamers 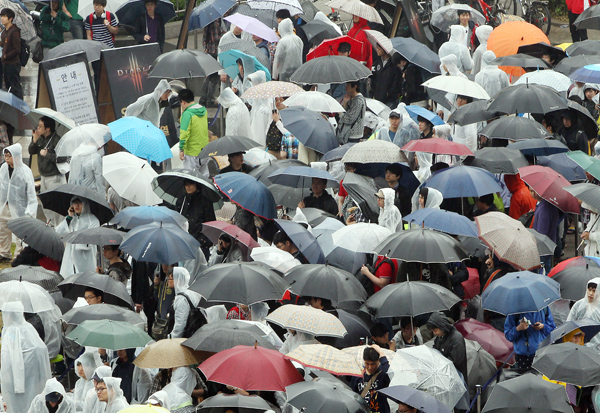 Thousands of gamers swarm the Bitplex near Wangsimni Subway Station in central Seoul yesterday to purchase limited editions of role-playing action game Diablo III as the computer game from Blizzard was officially released worldwide at midnight. The fans waited all night on Sunday night to buy the new game. The few thousand spots on the waiting list filled up in a mere 30 minutes. [YONHAP]