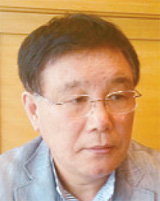 Kim Hyeon-jang, a once pro-North Korea activist indicted for setting fire to the American Cultural Service building in Busan three decades ago, revealed a long-held secret that one of the proportional candidates of the Unified Progressive Party, who was his “cell mate,” Kang Jong-heon, is a full-fledged North Korean spy.

In a letter he posted Monday on Chogabje.com, a Web site run by a conservative political writer, Kim also urged Kang to return to his “mother country” across the Demilitarized Zone.

Kang, the 18th proportionate candidate of the UPP, will inherit one of the six seats earmarked for the party if the first 14 proportional candidates give up their candidacy as the party’s central steering committee decided on Monday to contain its rigged primary scandal. 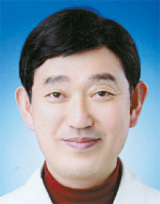 Kang, born in Osaka, was a leading student activist when he studied at Seoul National University’s College of Medicine. During his fifth year with the school in 1975, he was indicted for spying for North Korea.

At the first trial, Kang pled guilty to the charge that he trained as a spy in North Korea and committed espionage for the regime in the South.

He was sentenced to death and the sentence was commuted to life imprisonment. He was deported to Japan after 13 years in prison, but was allowed to return to South Korea under the Roh Moo-hyun government.

In 2010, he applied for a retrial of his case, claiming innocence and the desire to clear his name.

Kim said Kang was not innocent at all. In the letter, Kim said that Kang confided to him while they were in the same prison that the initial charge was right and that he trained close to North Korean founder Kim Il Sung.

Kim said that Kang told him that he boarded a North Korean ship immediately after graduating from a prestigious high school in Osaka and trained as an elite spy in Pyongyang.

North Korean founder Kim Il Sung was throwing a reception for former Cambodian King Norodom Sihanouk, who was visiting Pyongyang at the time.

Kang was taken by one of the senior North Korean intelligence officials to a seat at the reception only around 20 meters (65 feet) away from Kim Il Sung. The official promised Kang a meeting later with Kim Il Sung.

“I planned arson to raise the awareness of the democratization movement in Gwangju [in 1980] and problems with the U.S., but my mother country has always been the Republic of Korea. There’s no doubt about that,” Kim said in an interview with the JoongAng Ilbo yesterday.

Kim was a freelance journalist in the 1970s and he was put on a wanted list of the government for his article entitled “A Slaughtering Mission by Chun Doo Hwan,” which he wrote during the bloody crackdown on the Gwangju democratization movement on May 18, 1980.

He said the concern about Kang possibly winning a national assembly seat led him to post the letter on the Web site to reveal Kang’s secret, which he said had never been revealed.

The two stayed in two prisons together, in Daejeon and Daegu. They never actually shared a cell, but at one point slept in adjacent cells.

Kim was very close to Kang and the concern that he had for Kang led him to write the letter, despite their close friendship that he says he still cherishes.

“If you are willing to stay in the South and won’t stop what you are going to do, I will think specifically of what I can do to safeguard my mother country,” Kim said to Kang in the letter.

Regarding the refusal by the biggest and pro-North Korea faction of the UPP to take responsibility for the rigged primary scandal, Kim said that it goes against the historical trend.

“Since the word progress was invented, there has never been a time the word was insulted like this,” Kim told the JoongAng Ilbo.

On Monday, the Central Steering Committee of the UPP voted to forfeit the 14 proportional candidacies that the party assigned according to the results of the March 14-18 primary, based on an internal party investigation that concluded the primary was rigged. The party won six proportional seats and seven geographic constituencies in the April 11 general election, thus the remaining proportional seats will be given to the remaining proportional candidates of the party if the 14 candidates respect the committee vote and resign.

The party fielded a total of 20 proportional candidates, including six directly selected by the leadership of the party. Kang, one of the six, was given the 18th slot.

Yoon Geum-soon, voted as the first proportionate candidate in the primary, resigned as a lawmaker-elect early this month, but Lee Seok-gi and Kim Jae-yeon, No. 2 and No. 3, both of the so-called Gyeonggi Dongbu Alliance, the party’s biggest faction, are refusing to follow suit. Until yesterday, Lee, Kim and three others who won the most votes at the primary, are registered as lawmakers with the 19th National Assembly, which will open next month.
By Moon Gwang-lip, Kang In-sik [ joe@joongang.co.kr]