One sexual assault suit against

One sexual assault suit against 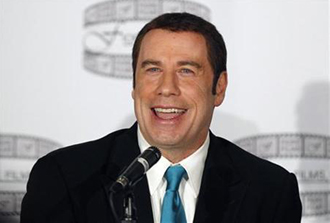 
Travolta dropped, one going ahead

LOS ANGELES - One of the two male masseurs who accused actor John Travolta of sexual assault dropped his $2 million lawsuit on Tuesday, but the lawyer for the second man said he was going ahead with that case and was confident of success.

The unidentified man, referred to as John Doe No. 1, who claimed that the Hollywood star groped him during a massage session in Beverly Hills in January, filed a notice dismissing his lawsuit with federal court in Los Angeles.

Travolta’s lawyer Marty Singer, who has termed the claims “absurd and ridiculous,” said on Tuesday, “My client is completely vindicated by Doe No. 1 dropping his claims and dismissing his lawsuit. We fully expect that my client will similarly be vindicated with respect to Doe No. 2, as well as with respect to any other person who makes meritless claims against John Travolta.”

The first masseur was reported last week to have said he got the wrong date of the alleged incident after photos and restaurant receipts surfaced putting the “Saturday Night Fever” actor in New York on the same day.

“The case has been dismissed, but that doesn’t mean it can’t be refiled,” the plaintiff’s attorney, Okorie Okorocha, told Reuters. Okorocha said he still will be going ahead with the lawsuit against Travolta, representing a second unidentified man, John Doe No. 2, who claimed that Travolta rubbed his leg, touched his genitals and tried to initiate sex at a private appointment at an Atlanta hotel on Jan. 28. Reuters