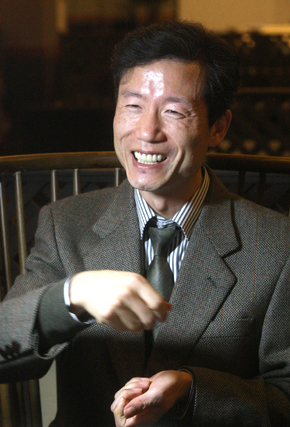 China has denied a high-profile South Korean rights advocate access to a lawyer during interrogation into his activities. The activist is suspected of threatening the country’s national security, a senior government source said yesterday.

Kim Young-hwan and three fellow activists calling for rights improvements in North Korea were arrested on March 29 in Liaoning Province, in northeastern China.

As speculations snowballed over their arrests by the Chinese intelligence authority, few details about the case have been confirmed.

According to the source, the provincial authority rejected Tuesday the South Korean government’s request to grant him access to an attorney.

“It cited domestic law that access to a lawyer can be rejected for a suspect accused of threatening national security or terrorism,” he said.

Another government official said the South Korean Consulate-General in Shenyang began the process of appointing a lawyer for Kim at the request of Kim’s wife, but China refused it.

The South Korean government yesterday summoned He Ying, Chinese consul-general in Seoul, and made another request.

Kim was once a leading propagator of North Korea’s juche (self-reliance) ideology in the South in the 1980s and 1990s, but he had a change of heart and became an activist against the communist regime.

After the 49-year-old activist and his three comrades were arrested in Dalian, the Chinese authority informed Seoul about the arrests on April 1, the source said.

According to the source, their cases were being handled by the Ministry of State Security, the highest intelligence authority in China, not the Public Security Bureau that acts as police.

The ministry’s role is similar to that of South Korea’s National Intelligence Service, and the charges they were facing as threats to national security amounts to a violation of the national security law, the source said.

“As soon as we were informed, the consular representatives applied for interviews with them,” said the government official. “The consular representative was able to meet Kim once on April 26, but no other meeting took place since then. Three others sent written statements, verified by their families through the handwriting, that they don’t want the meeting.”

At the brief meeting, Kim did not tell the South Korean government the charges he was facing. “We had the impression that he didn’t want us to know, and he didn’t want media coverage.”

China yesterday officially confirmed the detention, but gave little information about the case. The Chinese Foreign Ministry spokesman Hong Lei only said the government is handling their cases based on the related laws.
By Ser Myo-ja [myoja@joongang.co.kr]