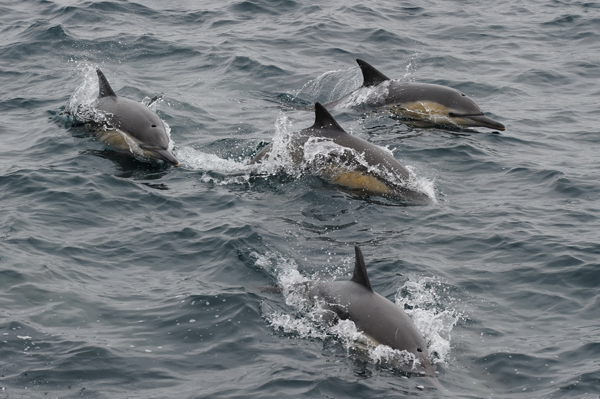 Pacific white-sided dolphins skim the waves, one of four species of some 960 whales and dolphins that swim the ocean around Korea being investigated by the National Fisheries Research and Development Institute, according to their report yesterday. Between April 19 and May 13, the institute investigated whale species, including minke whales, and their distribution in the seas east and south of Korea. Over 90 minke whales die each year after getting entangled in fishing nets in the East Sea. [NEWSIS]