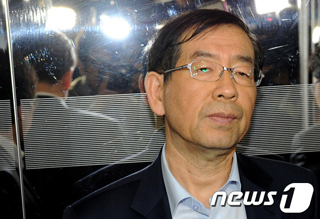 As commuters were anxious about the possibility of a Seoul bus driver’s union strike slated for this morning, last ditch negotiations between the city’s bus union and management were successful and buses will run normally today.

In the negotiations overnight which ran past the intended strike time at 4 a.m. this morning, both Seoul bus drivers’ union and the government agency managing the public bus system agreed upon a 3.5 percent increase in payroll for bus drivers, along with a 40,000 won increase in benefits for accident-free driving.

The 16,379-member Seoul bus driver union, the Korean Automobile and Transportation Workers’ Federation, demanded a 9.5 percent pay raise, which the Association of National Bus Transportation, the government agency managing the public bus system, did not want to meet up until yesterday.

Talks had been in a gridlock till that last hour until Seoul May Park Won-soon stepped in to help the two parties reach a settlement.

The union expressed today that while they are not completely satisfied with the negotiation terms, they are still content at the fact that the management showed willingness to compromise in the talks.

Since 98 percent of Seoul public bus drivers are members of the union, some 7,500 inter- and intra-city buses on 366 lines would have been immobilized should a citywide bus strike for the first time in fifteen years happen.