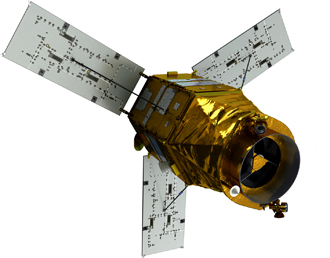 Korea’s multipurpose satellite equipped with a high-resolution camera successfully reached the earth’s orbit after blasting off from a Japanese space center, the government said yesterday.

The Arirang-3 satellite, which lifted off from the Tanegashima Space Center in southwestern Japan at 1:39 a.m., made contact with ground stations indicating that it had entered a correct trajectory, the Ministry of Science and Technology said. The Arirang-3 was placed in orbit by Japan’s H-2A rocket, which also carried three other satellites.

The Troll and Svalbard satellite stations, located in Antarctica and Norway respectively, established initial contacts followed by signals being received by the Daejeon-based Korea Aerospace Research Institute (KARI) at around 3:18 a.m., it said.

The ministry said all of the satellite’s solar panels have been deployed properly, allowing it to generate power.

The satellite has an electro-optical camera that can give Seoul the ability to take precise pictures of weather front developments and the earth’s surface. It is expected to stay operational for four years and can also be used to enhance national security, cope with natural disasters and manage resources.

“The launch will be followed by about three months of tests and mechanical fine-tuning of all controls and the camera to get the satellite into operational readiness,” said Choi Hae-jin, head of the Arirang-3 project at KARI. He speculated that the first photos from the satellite may arrive in 3-4 weeks.

The ministry said the Arirang-3, to be operated by the KARI, will be the country’s first high-resolution “sub-meter” satellite. At present, only the United States and a handful of countries in Europe have commercial satellites with such high resolution.

Seoul currently has the Arirang-2 multi-purpose satellite with a camera in orbit as well as Chollian, a geostationary communication and ocean observation unit. Yonhap