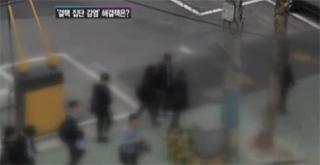 Four high school students in Goyang Foreign Languages High School in Goyang City, Gyeonggi were confirmed to be infected with tuberculosis and at least 128 classmates have tubercular bacillus in their bodies.

“Two 11th graders and two seniors were diagnosed with tuberculosis,” Shin Sang-sook, director of the HIV and Tuberculosis Control Division at the Korea Centers for Disease Control and Prevention, told the JoongAng Ilbo. “They were isolated and received treatments for two weeks. The tuberculosis germs we found from the four are not contagious.”

The center said the first infected student was an 11th grade boy who was diagnosed in January after he visited a hospital for a cold, saying he was coughing heavily and producing bloody phlegm. The hospital informed the Deokyang County Health Center.

The health center tested whether his 40 classmates were infected and later expanded the test to all 420 students in the 11th grade. The health center said it followed the revised manual for tuberculosis control in schools.

The health center found one additional student infected with tuberculosis in the 11th grade and two in other grades.

A total of 128 11th grade students were confirmed to have tubercular bacillus in their bodies. Students in other grades haven’t been tested yet.

“Those students who have tubercular bacillus will be cured if they take medications properly for the next nine months,” Cho Eun-hee, a researcher at the Korea Centers for Disease Control and Prevention told the JoongAng Ilbo. “They are not infectious, but they have to maintain their immunity at a certain level to avoid infection.”

The center estimates that about 2,030 students in 1,000 schools nationwide contracted tuberculosis last year, a large jump from 70 in 2006.

“The number has increased because schools have been increasing the examinations of students,” Cho said. However doctors said there was another reason: Students are less strong than before and have weaker immune systems.

“Middle and high school students have fewer physical education classes and are forced to study all the time, which we see as one of the causes of the illness,” Lee Jae-young, a school nurse of Jungdong High School said. “It weakens their immunity.”