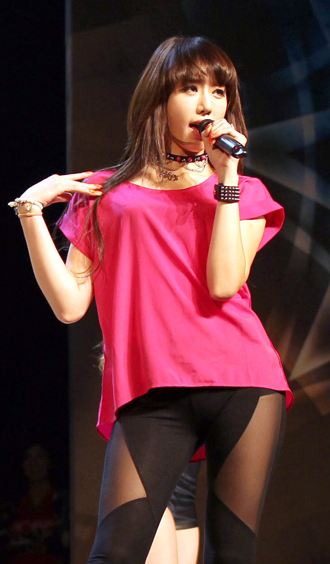 Viki, girl group Dal Shabet’s fearless leader, has decided to throw in the towel on the band in order to pursue a solo career.

On May 24, the leading member used the band’s official fan Web site to speak directly to the fans about her resignation.

“It’s been a while, and sadly I have some bad new for our fans. I had a lot of good times with the band but it’s time that it comes to an end,” Viki said.

The group’s agency also confirmed that “in order to pursue a solo career, Viki has decided to leave the band.”

The agency added that it has been a long-held dream of the singer to become a solo artist and that it’s about time that she actualized her dream.

The band will shortly recruit a new member and begin promoting its new album in June.