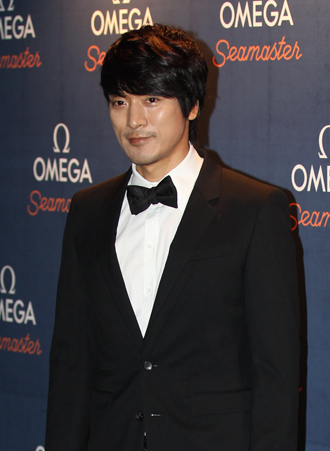 Actor Kim Min-jun has a girlfriend and she is an average office worker.
According to Kim’s agency which made the announcement on May 23, Kim and his girlfriend have been dating for over a year.

“We can’t divulge any more information about the girlfriend but the two are very happy together,” said the agency.
Although the agency said that there is no date set for a wedding, at a recording for a TV show, the actor did say that he wanted to walk down the aisle soon.
“I want to marry my girlfriend as soon as possible. I want stability and to have kids. It’d be so great to attend my child’s athletics carnival and run a race together,” Kim said on episode of “Happy Together 3,” which is set to air on May 24.

The actor also said that to mark the first anniversary as a couple with his girlfriend, he sold his motorbike to buy her a diamond necklace.
By Carla Sunwoo [carlasunwoo@joongang.co.kr]