9 proportional candidates quit to pressure 4 others

9 proportional candidates quit to pressure 4 others 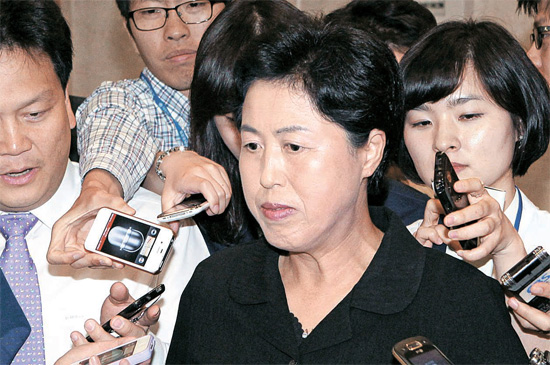 Nine candidates in the allegedly rigged primary held by the Unified Progressive Party in March surrendered their positions, but four did not.

A total of 14 candidates were given rankings from the party’s primary to choose proportional representatives in March, and the top three were headed to the National Assembly along with three chosen directly by the party. After the party leadership said the primary was rigged in favor of the main faction in the party, one candidate in the top six, Yoon Geum-soon, forfeited her position. She was followed by nine others yesterday. 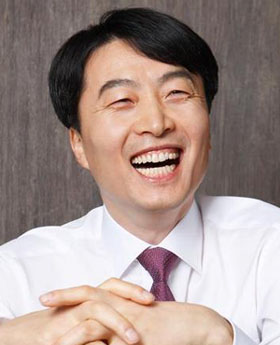 “Although it is an election within the party, we can’t deny the fact that the UPP betrayed people through a lax, rigged election,” said candidate Na Soon-ja at a press conference with the other eight candidates. “We will forfeit our candidacies following the legal proceedings of the National Election Commission and we promise not to be involved in any controversies in the future.”

Yoon, who didn’t attend the press conference, reconfirmed that she will step down, the interim leader Kang Ki-kab said.

But Kang told reporters that the emergency council will technically not accept Yoon Geum-soon’s resignation because Cho Yoon-sook, one of the four candidates who refused to step down, would automatically move up in the rankings and go to the National Assembly. So Yoon will temporarily keep her position as a lawmaker-elect until the party expels the four recalcitrant candidates, all of whom belong to the dominant faction of the party, the pro-North Korea Gyeonggi Dongbu Alliance.

Yoon has said she won’t take any salary as a lawmaker-elect.

The party’s emergency council led by Kang is planning to expel the four candidates who won’t step down, including two lawmaker-elects, Lee Seok-gi and Kim Jae-yeon. The four deny that the primary was rigged and say the small faction of the party is working against them.

The lawmakers elected in the April 11 general election officially start their terms today, including Lee and Kim.

When asked about Lee and Kim starting their terms, Kang said, “I apologize to people for not wrapping up this issue before they start their terms.”

Even if all of the 14 candidates who ran in the primary resign, the party has six candidates more that were directly appointed, not elected.

However, one of the six nominees, Rhyu Si-min, a former emergency council member, tendered his resignation to the leadership yesterday.