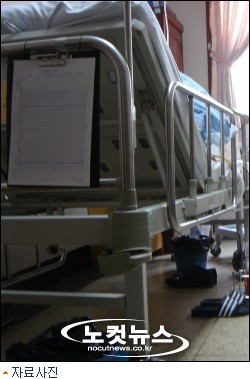 Fees for seven different medical treatments including cataract surgeries and caesarean sections will go down by an average of 21 percent from July.

The change is fiercely opposed by doctors who assert that a fixed-rate system will lower the quality of medical treatments and strain hospital budgets.

According to the Ministry of Health and Welfare, the Health Insurance Policy Review Committee met yesterday and agreed to enforce the mandatory system based on a diagnosis-related group, or DRG, at hospitals and clinics nationwide starting in July.

Of the 24 committee members, which included representatives from the government as well as the medical and labor sectors, 21 members voted for the system.

Three members from the Korea Medical Association walked away from the committee last week to show their disapproval of the government plan and skipped the vote meeting.

The government had introduced a voluntary DRG system in 2002 but few big hospitals took part in it. Now that it is compulsory, the government expects patients to be able to save a total of 10 billion won ($8.5 million) in medical fees every year.

Korea has been seeing a rapid increase in its health insurance expenditures. There have been complaints that general hospitals, especially large ones, provide unnecessary treatment to patients to boost their profits. Developed countries like the United States have also made it compulsory by law that hospitals receive predetermined payments for government-designated treatments.

The fixed-price plan, however, is facing strong resistance from physicians who worry it will reduce their incomes and lower the quality of health care.

Early this month, the Korea Medical Association held an emergency meeting and unanimously voted its opposition the government’s plan on enforcing the DRG payment system.

“The government will have to face a big responsibility later on because the overall quality of medical treatment will inevitably be lowered,” the association said in a statement.