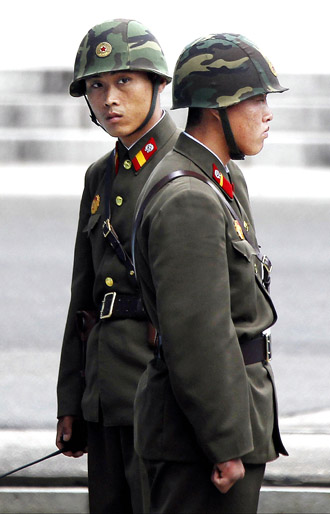 North Korean soldiers stand guard on the North Korean side of Panmunjom in Paju, Gyeonggi, yesterday, while Richard Underwood (not seen in this photo), who served as a U.S. Army interpreter at the Korean Armistice negotiations during the Korean War (1950-53), visited the truce village on the inter-Korean border with his family.[YONHAP]