Jung Yong-hwa to focus on music

Jung Yong-hwa to focus on music 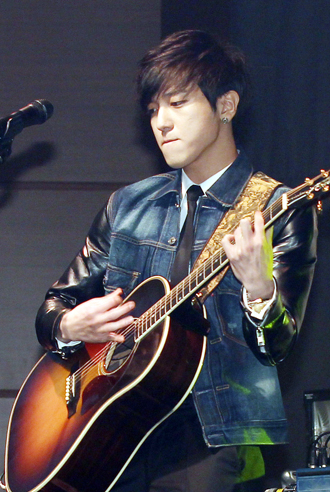 CN Blue lead singer Jung Yong-hwa has expressed a desire to focus on his music career, at least until the end of the year, despite the fact that all the other band members are pursuing acting careers.

“Jung Yong-hwa wants to make a name for himself as a musician more than as an actor. As well as taking part in the band’s new album, CN Blue will be busy touring abroad this year,” said a representative from FNC Entertainment.

Band members Kang Min-hyuk and Lee Jong-hyun are appearing in the TV dramas “My Husband’s Got a Family” and “A Gentleman’s Dignity.” Bassist Lee Jung-shin is taking acting lessons.

Jung gained fame on the TV shows “You’re Beautiful” (2009) and “You’ve Fallen for Me” (2011). He lately helped launch the career of Korean-Japanese singer Juniel.

Jung composed a song for the Korea native and winner of Japan’s singing-audition show “Niji Iro Supernova” in 2010, presented it to her and offered to help produce the song for her debut album, which is scheduled to be released this month.