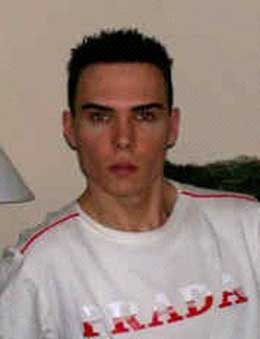 Luka Rocco Magnotta remains at large after the gruesome killing of Chinese student Lin Jun, but the warrant issued Thursday and obtained by CBC News, alleges he caused Prime Minister Stephen Harper and members of parliament “to reasonably fear for their safety or the safety of anyone known to them.”

“The accusation likely stems from police’s belief that after cutting off the limbs of his victim, Magnotta mailed a foot to Conservative Party headquarters and a hand to the Liberals,” said the report published late Friday on the broadcaster’s Web site.

In addition to the harassment count, Magnotta is suspected of “committing an indignity to a dead body,” “publishing an obscene thing” and “mailing obscene matter,” CBC added.

Magnotta, 29, is the target of a global manhunt amid reports that he may be in France.

The suspect, who grew up in the Toronto suburb of Scarborough, has been dubbed “Canadian Psycho” because a video circulating online and believed to be linked to him shows a man stabbing another man with an ice pick and dismembering him while music from the film “American Psycho” plays in the background.

The 32-year-old victim, who hailed from the city of Wuhan in central China, was studying at Montreal’s Concordia University after arriving in the French-speaking province of Quebec in July. He was last seen on May 24 and was reported missing five days later. AFP