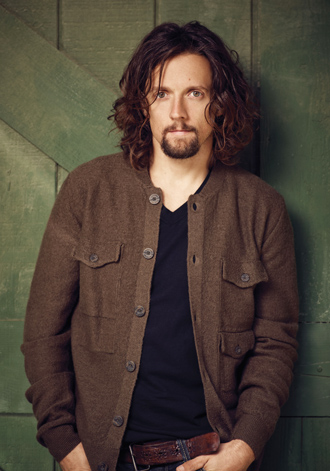 After his mammoth hit “I’m Yours,” American singer-songwriter Jason Mraz became a heartthrob for many Koreans, who say, “He’s ours.”

Mraz became No. 1 on the hit list of local Web portals after he announced April 3 that he would kick off his world tour in Korea after the release of his fourth album, “Love Is a Four Letter Word.”

All 6,000 tickets for his concert in Busan on Friday were sold within 15 minutes, while 3,000 two-day early bird discount tickets for the Rainbow Island Music & Camping Festival, where Mraz will perform as a headliner on Saturday, were gone within 20 minutes.

“I am tremendously happy about the way my new album has been received,” Mraz said. “The album is something I put my heart and soul into and I didn’t imagine this kind of instant and spontaneous response.

“Korea has always been one of my favorite places to come and perform.”

The song “I’m Yours” from his third album, “We Sing. We Dance. We Steal Things,” won a Grammy for Best Male Pop Performance in 2009 and became the longest-running song on Billboard’s “Hot 100” in the 51-year history of the chart. The following year, Mraz won another Grammy for “Make It Mine.”

He not only sings, dances and steals hearts, he also cares. Last year, the 34-year-old established the “Jason Mraz Foundation” to support equal rights and environmental preservation. For his CD packaging, Mraz uses 100 percent recycled materials, which is about 1.5 times more expensive than typical plastic cases.


“The Jason Mraz Foundation aims to benefit human equality organizations, as well as those that involve arts and education, and environmental preservation. Funds raised by the foundation will go toward charities including Free the Slaves, True Colors Fund and the Natural Resources Defense Council,” said Mraz. “The reason I started this was because I wanted to use the attention focused on me as a musician to help raise awareness of other issues that surely deserve our attention. It was my way of sharing the light with others.”

Mraz also said proceeds from 20 tickets for his concert will be donated to the foundation, as he does with all his concerts. “This is a way to encourage my fans and the audience to join the good cause.”

Before arriving in Busan to kick off his world tour, called “Tour Is a Four Letter Word,” Mraz rook time for an e-mail interview with the Korea JoongAng Daily.

Q. Why was Korea the first destination of your world tour? What impression do you have of Korean fans?

A. I experienced so much love and support from my Korean fans, even from the earlier stages of my career, which makes me want to come back again and again. In fact, Korea was one of the very first places I started to perform “I’m Yours.” Since then, the song received so much love from the Internet, the YouTube videos of me singing it in Korea, that I eventually decided to put it into my third album, “We Sing. We Dance. We Steal Things.” Every time I played in Korea, I was always blown away by this amazing fan reaction; the epic audience bouncing and singing along, which made me feel like I was Rage Against the Machine. There is definitely something special about the Korean audience and as a performer, you can’t ask for more than this kind of passionate fans. I’m really thankful, and it’s always a pleasure going back to those places where the audience truly enjoys and appreciates music.

Tell me about some of the songs on your new album.

I really wanted to make an album about love - that was my starting point. The whole album actually began with the artwork really. I was instantly a fan of the imagery. I remember first seeing it and thinking, “Wow that really looks like love.” I sort of thought, “Well, if I can see love in this image, then I should also be able to see love in the mirror or on the face of someone else and those around me.” So I really set out to make a love-based album about the fact that love is a choice. It’s a choice that we make to see it or not, to have it or not, and I’m obviously not a master of it in any way, but I really wanted to learn more about it. Every song I write is about love or comes from love, inspired by love, the loss of love. And this album was more of an in-depth look at that. I really wanted to find out what is it about love that is so compelling for me to keep my eyes on and believe in it. I hope that it will give the audience yet another look at love and the music will create its own magic with listeners. 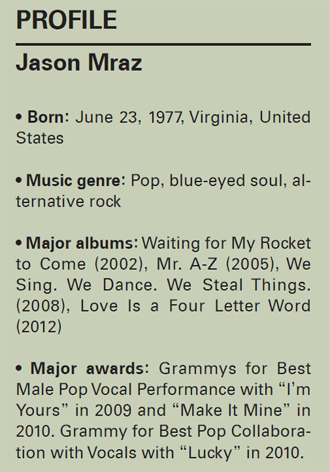 What inspires you to be a musician? I heard that you said your mission is to light up the world through music, and that light is love. Can you explain what that means?

I can say that it all started out just with my pure joy and love toward music, that I really wanted to make something great... Music itself is the biggest inspiration for me and I’m still very much in love with it. Now that I’ve come this far, I feel so grateful for the love and support given to me and I wish to continue to do what I’ve been doing for a very long time. And while that journey continues, I want to keep my eyes open to the world and share my experiences, help others and live righteously.


So you write your own songs. What’s the process like?

Sometimes I sit down and have an outline of what direction I want to go and then I try my best to create a path of music that goes to chord progression or a melody I have in mind. Because once that path is laid out, I think of it as like a river current that starts to flow and then I just dive in and it’s a lot of experimentation and improvisations. So my inner thoughts can just jump right out into this time signature or into these melodies. Obviously, you have to practice as a song-writer. You have to practice your craft but you also have to let go and try not to think too much and let it all flow out naturally.