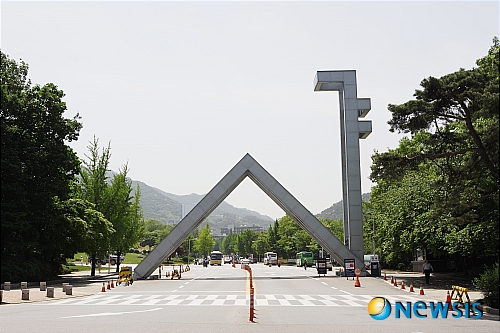 Speculation has risen over the weekend that Kang Kyung-sun, a veterinary professor at Seoul National University, manipulated data in his stem cell research paper submitted to an international academic journal in April. Kang is a renowned figure in the field of stem cell studies in Korea.

On Sunday, a nameless source at the Pohang University of Science and Technology’s Biological Research Information Center (BRIC) raised suspicion on its online forum, alleging “images Professor Kang used in his research paper that have been uploaded on the online version of the American academic journal called Antioxidant & Redox Signaling on April 10 have been reproduced” and “the images have obviously been manipulated.”

The paper, titled, “JNK Activation by Up-Regulation of iNOS on Cholesterol Accumulation Limits,” probed the impact of nitric oxide on adult neural stem cells in regard to neurogenesis.

The whistle-blower explained that “one of the sample stem cell images used in the paper has been reversed and duplicated as a separate image in another experiment” and that “there were a total of five samples but somehow there are six in the comparison group.”

Professor Kang is the corresponding author of the paper while Professor Kang Soo-kyung of veterinary medicine studies at SNU took part as a co-author.

“I’m currently away on a business trip and I will explain my opinion only through Seoul National University,” said Professor Kang Kyung-sun, on Sunday.

Lee Joon-sik, dean of the research affairs office at the university, said, “After being told about the fabrication claims, Professor Kang and his team have secured research notes and experimental data and the university’s veterinary medicine department will announce the results after reviewing the data.”

The dean said that “often in these cases these kinds of accusations later turn out to be simple errors rather than image manipulation and if an error is found on the online paper then the research team modifies it and then the print version is produced.”

Professor Kang Soo-kyung also said, “The fact that suspicions have been raised consecutively of two research papers related to stem cell research means that someone is maliciously raising false accusations” and that she would “take follow-up measures [by punishing any attackers] after the university’s academic honesty committee completes its own investigations into this case.”