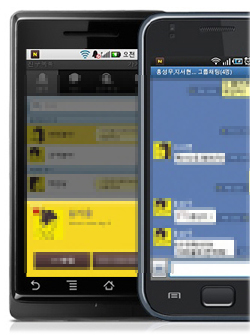 Police are trying to track down the bullies who drove a 15-year-old high school boy to suicide.

The Suseong Police Precinct in Daegu said yesterday, that they are investigating members of a football club as they were named as primary assailants in the writing the victim left behind. The police have targeted a 15-year-old boy as the primary assailant. The police said that Kim went to the same middle school as the victim and that he is under the police’s care as he tried to hurt himself at school.

Kim is the eighth Daegu student to end his own life due to bullying since a 13-year-old student surnamed Kwon jumped to his death on Dec. 20, last year.

The police didn’t find a suicide note at the scene, but later found three pages of writing in Kim’s home that were written about six months ago in which Kim said goodbye to his friends and family.

The police also secured CCTV footage that showed him taking an elevator and getting off at the 15th floor at 4:16 p.m. on Saturday and KakaoTalk messages he exchanged via his smartphone with members of the football club minutes before killing himself.

“It has been too hard to live like this the last two years,” the messages read. “He has extorted my money. I’m going to fight with him today.”

In the suicidal writing, Kim devoted a lot of space to describe someone’s bullying without giving his name and desperately asked the police to punish him.

“I don’t think I can live like this anymore,” the papers read. “I was beaten by that bastard almost every day. He punched my face and chest several times because I showed up late at the football field for 10 minutes. I explained what happened, but he punched me again because I was making excuses.”

The police have spoken with Kim’s school teachers. “He was a model student who always got good grades and had good relationships with teachers and classmates,” said his counselor surnamed Park, 52.

“I knew that he liked playing football.”