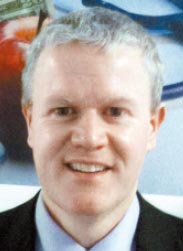 Korea’s charges for health insurance are the least effective among the Organization of Economic Cooperation and Development (OECD) countries when it comes to promoting equality, said Mark Pearson, head of the health division at the OECD.

In a recent e-mail interview with the JoongAng Ilbo, Pearson noted that Korea’s system “underscores the importance of ensuring that the burden of the National Health Insurance system is equitably shared by the entire population.”

While health insurance fees for employed people are based upon their income, the National Health Insurance Corporation calculates regional health subscribers’ rates based on assets including salaries, dividends, the number of cars owned and office leases. Critics say that raises the rates for people who often don’t have regular incomes.

Pearson and Randall Jones, the head of the OECD’s Japan and Korea desk, provided an overall evaluation of Korea’s insurance system, especially for the self-employed, and proposed measures to provide more equality.

Q. What is the health insurance system in normal OECD countries?

A. Most countries have health insurance based on wage income, though a few also levy contributions on (some) capital income, or even income from other social benefits. For self-employed people, special rules are in place in all OECD countries that have social insurance.

How do other countries levy health insurance fees on self-employed people?

Are there countries similar to Korea that levy insurance fees based on property or wealth?

There are no countries similar to Korea. But in Italy, there is a criterion called something like “external evidence of wealth.” So if you have two cars, a holiday home, a house in a rich area, and so on, this triggers an assessment of declared self-employment income. If this is too low compared to “wealth,” a formal audit is undertaken. This is a very important part of the Italian system.