The defense goes on ­

The defense goes on ­ 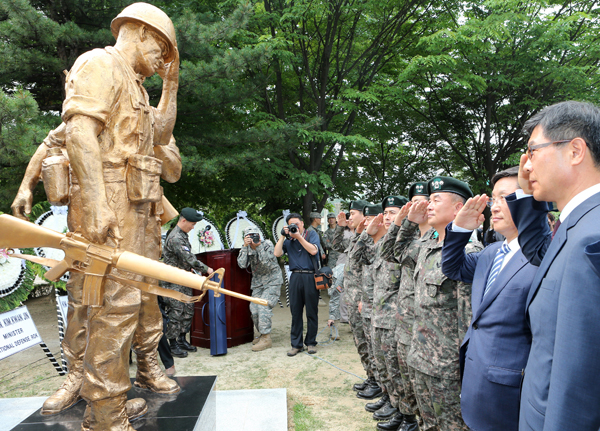 Military leaders salute to a new monument that was erected yesterday on the U.S. military base in Yongsan, Seoul, to honor 130 U.S. and South Korean soldiers killed in Korea since the end of the 1950-53 Korean War. The monument was dedicated to 92 members of the U.S. Forces Korea and 38 members of the Korean Augmentation to the U.S. Army (Katusa) program, who were killed in action while defending the South against North Korean military provocations and on other duties, according to the South Korea-U.S. Combined Forces Command. [YONHAP]