After School’s newest member sets out on first official event

After School’s newest member sets out on first official event 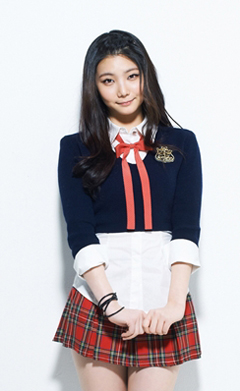 
Just a day after she was officially inducted into After School, newbie Ga-eun set out for Japan with the rest of the girl group members.

Ga-eun assumed a relaxed pose on June 12, at the airport despite the throng of paparazzi present, leading many to deduce that the rest of the members have taught her well in the ways of being one of them.
The group was making its way to Tokyo for an encore concert and in between checking-in and going through customs, they stopped to ask the press to “please be good to Ga-eun.”

The girls will perform at an encore concert of its Tokyo performance on June 17. On June 21, the group will release its fifth single, “Flash Back,” and resume its promotional activities in Korea.