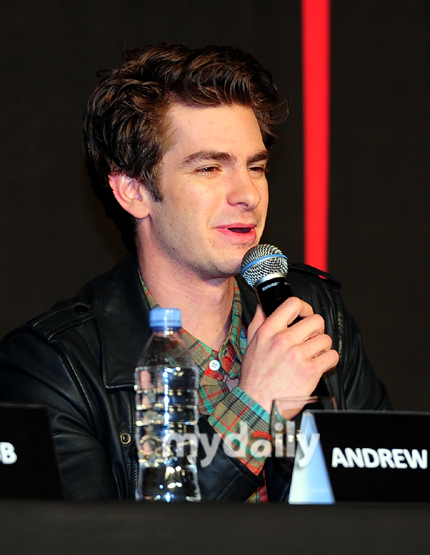 Garfield said “Thank you for inviting us to Korea. My favorite food is Bul-Go-Gi and I only had it in LA’s Korean restaurant before. I am very happy I can have the real one in Seoul”.
“It is such a beautiful country and beautiful city and we are all thankful to be here” he continued.
One reporter said he is the most handsome spider-man among all and he replied his appreciation in Korean.
‘Amazing Spider-Man’ returns in theater after 5 years with new director and new actors.
The movie created as 3D & IMAX 3D for the first time among the series and it will be the first city showing on June 28th in Seoul, ahead of the rest of the world.