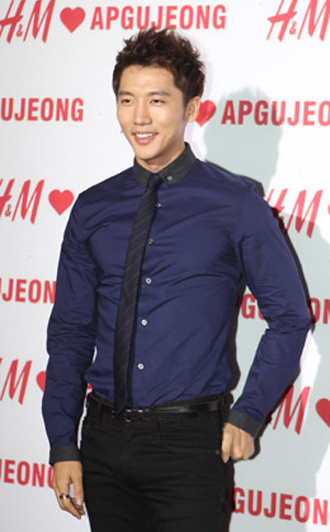 On Friday, actor Gi Tae-young held his first fan meeting in Japan in more than a year.

At the “Gi Tae-young Fan Meeting 2012” in Tokyo, Gi sang songs from his EP “Cherish,” which he released back in April, and kept his modest bearing as he played piano and acoustic guitar.

“I’m not the most talented entertainer, but I give it my best in whatever I do,” Gi said.

The 33-year-old also took the time to leave the stage to interact with and serenade members of the audience.

After the show, Gi signed autographs and shook hands with the fans who came to see him.

In another drama, “Creating Destiny” (2009), Gi met his wife, Eugene of girl band S.E.S. The two dated for about two years before getting married in July of last year and are a high-profile couple in the entertainment industry.