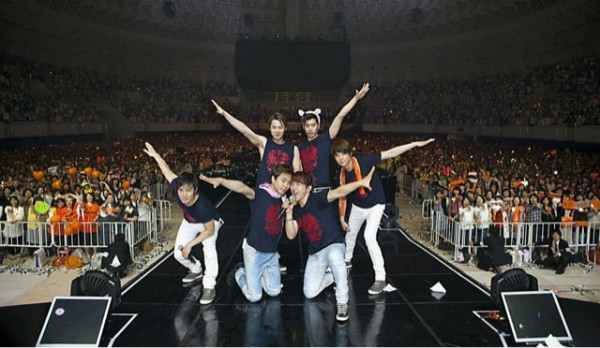 
Boy band Shinhwa returned to the Southeast Asian city-state for the first time in six years for the Singaporean leg of its “The Return” tour.
The ’90s boy band performed for more than 5,000 fans at the Singapore’s Resorts World Sentosa on June 16.

According to Shinhwa Company, various media channels from Singapore came to catch a glimpse of the Korean boy band.
“We are inundated with concert offers from various locales in Asia. Band members are having a lot of fun being on tour,” said the agency.

Meanwhile on June 30, the band will continue on with its Asian tour in Guangzhou in China.
By Carla Sunwoo [carlasunwoo@joongang.co.kr]