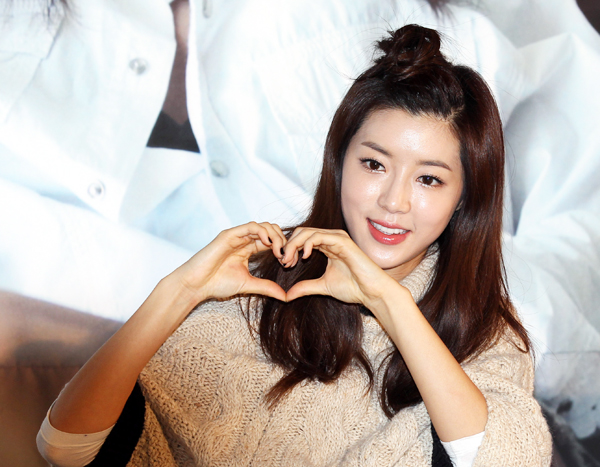 
Entertainer couple Park Han-byul and Se7en will tie the knot once Se7en fulfills his mandatory military service, or at least that’s the plan according to Park.

At a press conference for her new movie “Media Day” on Thursday, Park answered the question on everyone’s lips in regards to the future of her 10-year relationship with singer Se7en.

“I don’t know when he is going to go to the Army, but marriage will have to come after that,” the 27-year-old actress said.

Furthermore, Park said that she’d miss him while he’s away, when he does go on to fulfill his military service obligation, but that she’d be okay. “I don’t think I’ll be distraught, and either way, if he’s going, I’d rather send him off smiling than crying,” Park said.

Fans who heard what Park had to say praised the young actress for her mature outlook on marriage and wished the couple all the best. The two entertainers began dating in 2002 when they were both attending Anyang Arts High School in Gyeonggi.