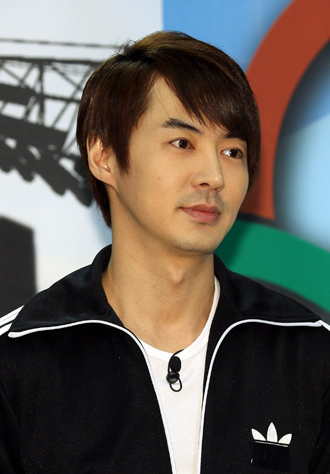 Jun Jin of the ’90s boy band Shinhwa - currently on its Asian tour - will be on plenty of medication when he performs in Guangzhou, China, on June 30.

Despite having had microscopic nerve decompression surgery on a lumbar disc in his back on Tuesday, Shinhwa said that Jun Jin will continue with “The Return” tour, which saw his band tour five cities in Asia to date.

Jun Jin has suffered from chronic back pain in the past and although he was in pain, he maintained a professional front by taking part in the group’s reunion tour around Asia, which kicked off on March 24 in Seoul.

His condition worsened despite his medication due to the nature of his performing, prompting him to seek medical help and subsequent surgery. The doctor who performed the surgery on Jun Jin said that it was a good thing that the singer was treated before it was too late.

“If untreated, it’s possible that the lower half of his body may become paralyzed,” said the surgeon who also suggested that Jun Jin needed rest and physical therapy for the next six weeks.