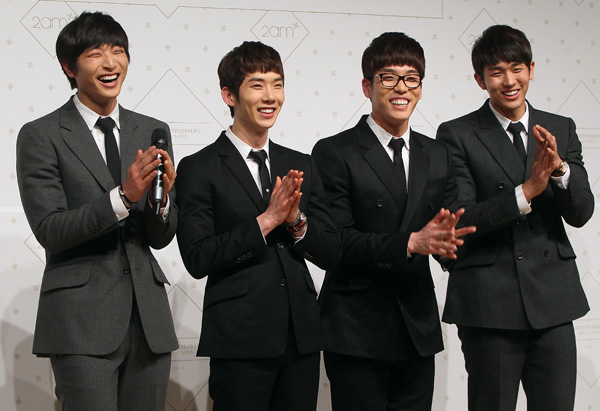 2AM member Chang-min was spotted showing off his muscular arms, proving his nickname as a “beastly idol.”
At the event, the members of 2AM introduced McDonald’s six “Olympics-special” menus.

Meanwhile, on the same day, band’s member Jo Kwon’s debut solo album was released.
“I’m Da One” was eagerly anticipated by fans, especially after the tracklist was release some week and a half ago.

Avicii, a Swedish DJ who has previously worked with stars like Madonna and produced the U.K. hit song “Levels,” was recruited for Jo’s album.