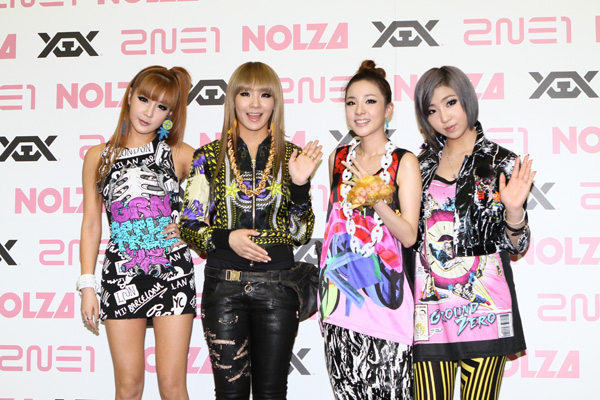 The Hallyu group known for its attitude and hip-hop style was up against CN Blue, James Blake, Kyary Pamyu Pamyu and Lmfao.

Despite the fierce competition, the group’s music video to the hit song “I Am the Best” took the prize.

The group thanked its staff before screaming out “Let’s Party!” to the crowd and sang the songs “Scream” and “I Am the Best” in front of 6,000 at the awards show.

Ahead of the show, the girl group claimed another victory in Japan as it was picked to take part in cosmetic brand Maybelline’s new campaign.

The Korean group is set to record a song to be used for the brand’s upcoming line of mascara Volume Express Magnum Cat Eyes. The advertisement will run in Japan from August.

Meanwhile, 2NE1 is set to kick off its world tour on July 28 at Olympic Gymnastics Hall in eastern Seoul.