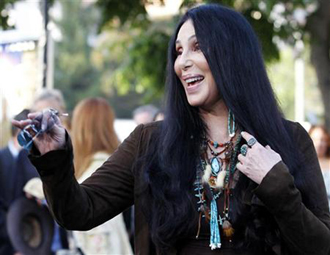 LOS ANGELES - Thanks to the magic of Broadway, Cher is going to turn back time on her journey from variety show host to Oscar-winning actress.

Fear not - it’s not a stage version of her big-screen turkey “Burlesque.”

Instead, the “I Got You Babe” songstress tweeted that she is collaborating with producers on a show based on her life story. The finished product will incorporate her catalog of pop hits.

“Its VERY SLOW PROCESS! been working on it quite a while now,” Cher tweeted.

Risa Shapiro, a spokeswoman for Cher, said that no date has been set for the show, which still faces years of work.

Some details have emerged, however. The singer and actress said the show will have three versions of herself - one actress will play her through the “Sonny and Cher” years, one will portray her after she left their hit partnership and broke out on her own, and the other will pick up after the “Believe” tour and take her into her present-day icon-dom. Reuters