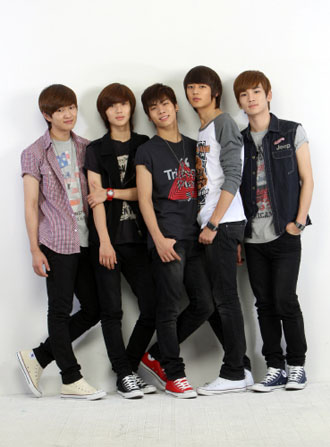 SHINee performed in front of 24,000 fans over two days in Tokyo on June 23 and 24 as part of its ongoing tour of Japan.

During the concerts at Tokyo Yoyogi National Gymnasium, the group sang 29 of its hit songs, including “Lucifer”, “Juliette” and the recently released “Sherlock”. It also celebrated the one-year anniversary of its debut Japanese single “Replay.”

The Japanese tour has already taken the boys to Fukuoka, where they performd on April 25, and the group is set to perform at the Hiroshima Green Arena on June 30 and July 1. In total, SHINee will tour seven Japanese cities and perform in front of roughly 200,000 fans.