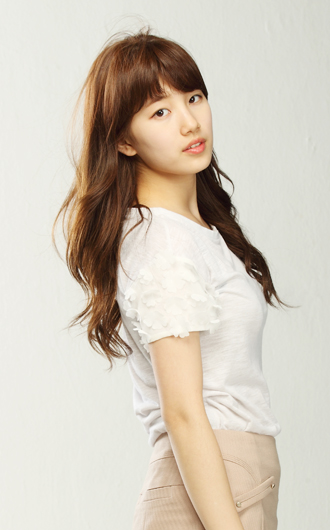 Suzy from Miss A was voted the “No. 1 Idol” according to a survey taken by her peers, members of various idol groups.

On the cable TV program “Weekly Idol” on MBC Everyone, various K-pop band members from EXO, Teen Top, Infinite and CN Blue took part in a survey that ranked the iconic idol group members for the first half of the year.

Suzy landed the No. 1 spot, mostly due to her acting abilities as well as her vocal talents.

“Her acting is just so natural,” said Woohyun from Infinite, while Niel from Teen Top said that he enjoyed all of Suzy’s works from dramas to movies.

The host of the show, comedian Jung Hyung-don, also agreed and added that the 17-year-old singer and actor had fans in all age groups.

“All the 30-something-year-old ‘uncle fans’ are in love with her,” said Jung.

The program devoted to ranking the most popular idol group members and singers will air tonight.