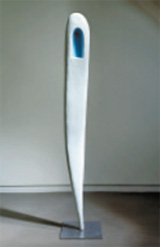 To tomorrow: The exhibition marks the first show of Bourgeois in Korea since she died in 2010 at age 90. It features 13 sculptures and one installation work. Sculptures on display are from the 1940s to the early 1950s and called “Personages.” “Freestanding and life-size, these uncanny anthropomorphic works are haunting symbolic representations of the artist’s family and friends, whom she left behind in Paris when she moved to New York in 1938,” Kukje said in a press release.

Admission is free. The gallery is open Mondays to Saturdays from 10 a.m. to 6 p.m. and until 5 p.m. Sundays.

To July 7: A step inside the solo exhibition of young Argentine artist Leandro Erlich is reminiscent of a childhood visit to a Ripley’s Believe It or Not museum. A horizontal staircase leads to nowhere and endless mirrors baffle. One peek into the “Changing Rooms,” for instance, will make you feel trapped in a maze of reflections. The beginning and end disappear in the walk-through installation. As is the usual style of the artist, Erlich’s exhibit takes everyday objects - from mirrors and glasses to ladders and doors - and twists them into objects from an alternate dimension.

To Aug. 5: The first retrospective of French photojournalist Marc Riboud features 190 photographs. The exhibition is divided into six sections. It starts with “Eiffel Tower Painter,” which consists of a continuous series of dotted photographs of the painter, all taken on the same day and with a single roll of film. The second section, “China & Japan in the ’50s,” shows photos of life in Mao Zedong’s closed society. The photos in this section also deal with Japan’s economic renaissance.

To Aug. 26: The retrospective of the artist who was active in the early 20th century features 75 pieces, including well-known works like “On an Autumn Day” and others rarely shown. About 200 historical documents concerning Lee, including early 20th-century photos and news articles, are also on display. Although Lee’s life was relatively short at 38 years, the styles of his paintings are quite diverse. “It reflects Lee’s experimental mind, his ability to conduct such experiments and, at the same time, his struggles to create his own styles and themes as a Korean artist under the influence of various Western art movements,” explained Park Soo-jin, the curator who directed the exhibition. 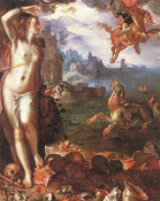 To Sept. 30: This exhibition has one point that distinguishes it from the 2006 Louvre collection show. It comes with a theme - Greek and Roman mythology. It features about 110 pieces dealing with gods, goddesses, nymphs, heros and lovers that appear in the poems of Homer and Ovid. Most of the exhibit’s works are paintings. Rather than being arranged chronologically or by genre, the exhibit groups pieces by theme, such as “The Love of Gods - Transformations and Abductions” and “The Trojan War.”