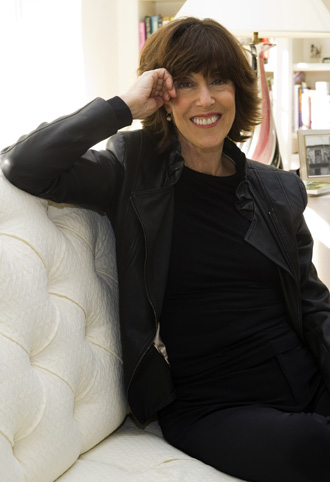 LOS ANGELES - Oscar-nominated screenwriter Nora Ephron, known for romantic comedies “When Harry Met Sally” and “Sleepless in Seattle,” as well as books and essays, has died in New York of leukemia. She was 71.

Ephron, who suffered from acute myeloid leukemia, died on Tuesday evening at New York’s Presbyterian/Weill Cornell Medical Center surrounded by her family, they said in a statement.

Reactions poured in from around the arts and entertainment community for the screenwriter who delighted millions with her flair for comedy and romance, and the ability to tackle serious subjects with insight.

“She brought an awful lot of people a tremendous amount of joy. She will be sorely missed,” her publisher, Alfred A. Knopf, said.

New York Mayor Michael Bloomberg called her death “a devastating one” for the city’s arts and cultural community, and the Los Angeles-based Directors Guild of America called her “an inspiration for women filmmakers when there were few.”

Writer and actress Carrie Fisher called Ephron “inspiring, intimidating and insightful” and actor Martin Landau said she was “able to accomplish everything she set her mind to with great style.”

Ephron, who often parlayed her own love life into movies like “Heartburn” and gave her acerbic take on aging in the 2010 essay collection, “I Remember Nothing: And Other Reflections,” had kept her illness largely private.

“At some point, your luck is going to run out ... You are very aware with friends getting sick that it can end in a second,” Ephron told Reuters in a 2010 interview.

The elegant Ephron, known for dressing in black, urged aging friends and readers to make the most of their lives. “You should eat delicious things while you can still eat them, go to wonderful places while you still can ... and not have evenings where you say to yourself, ‘What am I doing here? Why am I here? I am bored witless!’” she said.

She began her career as a journalist but transitioned into movies, leaving behind a legacy of more than a dozen films, often featuring strong female characters, that she either wrote, produced or directed. She was nominated for three Academy Awards for “Harry Met Sally,” “Sleepless in Seattle” and the drama “Silkwood,” in which Meryl Streep played an anti-nuclear activist.

Other romantic comedies included “You’ve Got Mail,” starring Meg Ryan, and her last film “Julie & Julia” in 2009, is which Streep portrayed Julia Child.