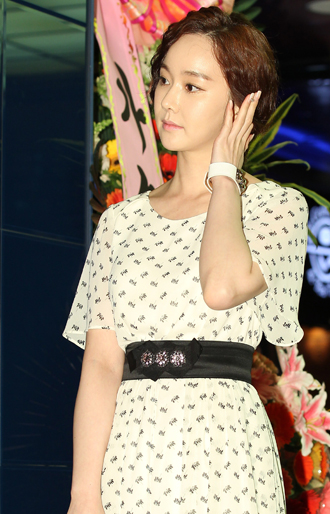 Actress Kim Min-seo used her Twitter account to vent her fury and anguish at being pickpocketed yesterday.

“I was walking down the street when it happened. I saw the bike getting further away from me and kept screaming and crying. Then, I went to the police station,” said Kim, adding that she was physically unscathed.

“I know I should be grateful that I wasn’t injured, but I’m still devastated. I need consolation…oh my iPhone,” Kim vented.

The shocking post grabbed the attention of netizens. “I hope they catch the guy,” one follower said.

Kim rose to fame by starring in the hit MBC drama “The Moon that Embraces the Sun” alongside Kim Soo-hyun and Han Ga-in.

She played the queen to Kim’s king and won the sympathy of the public by portraying the role of a spouse who failed to win the love of her husband. The show began airing in January and came to an end in March.

Kim made her debut back in 2008 through the SBS drama “I Love You.”