Panic disorder diagnoses on the rise

Panic disorder diagnoses on the rise 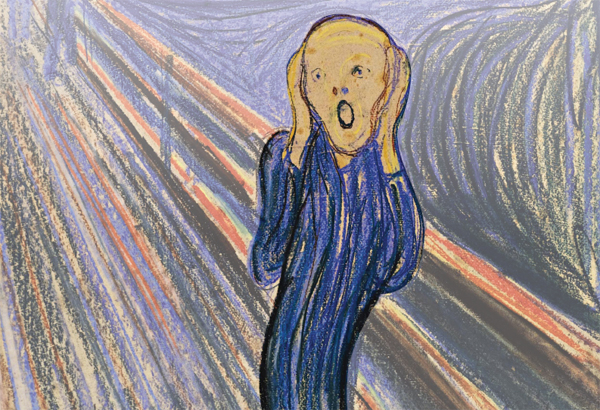 Until recently, panic disorder was quite foreign to most Koreans. However, the anxiety disorder has surfaced in recent years, with an increasing number of celebrities acknowledging that they are struggling with or have once experienced the condition.

Singer Kim Jang-hoon had to cancel a music festival last October after he was hospitalized for panic attacks. Actor Cha Tae-hyun, who has played comic, light-hearted roles in “Speed Scandal” (2008), “My Sassy Girl” (2001) and other hit films, also said he once had a panic disorder. Comedian Lee Kyung-kyu recently revealed that he is under treatment for it.

People with panic disorder have sudden and repeated attacks of fear that last for several minutes, according to the U.S. National Institute of Health.

Panic attacks are characterized by a fear of disaster or losing control even when there is no real danger. There may be physical symptoms, such as a pounding heart, a feeling of choking, sweating or chest pain. Panic disorder often begins in the late teens or early adulthood, and more women than men suffer from it. But not everyone who experiences panic attacks will develop panic disorder.

“An ordinary person might experience a panic attack once a month and we see it as normal, but if the attack is recurring, we see it as panic disorder,” said Wu Jong-min, a professor of neuropsychiatry at Inje University Seoul Paik Hospital.

Since anxiety and panic disorders are often found in actors and other performers, the condition is often dubbed celebrity disease in Korea, according to Yu Beom-hee, a professor of neuropsychiatry at Samsung Medical Center.

“It frequently occurs in celebrities because most of them are under a lot of stress and many of them have irregular daily routines and suffer from sleep deprivation,” Yu said.

Nonetheless, A-list celebrities are not the only ones affected.

Most recently, a subway driver surnamed Lee committed suicide by jumping off a subway platform at Wangsimni Station, eastern Seoul. The labor union of the Seoul Metropolitan Rapid Transit Corporation said the 43-year-old was diagnosed with panic disorder last June and was having a hard time working in a confined space. 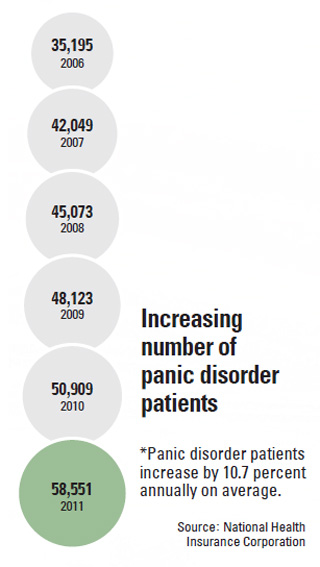 “The cause of panic disorder is not 100 percent revealed yet, but we assume that it comes from a malfunction of the amygdaloid nucleus,” said Professor Yu from Samsung Medical Center. “If the almond-shaped neural structure becomes way too sensitive to trigger factors, the brain thinks it faces life-threatening risks when it does not.”

Professor Wu from Inje University Seoul Paik Hospital likened it to a false alarm. “The environment we live in has dramatically changed away from our human nature: skyscrapers, basement floors and closed spaces make people think they face risks and the brain sends a false alarm. That is panic disorder,” Wu said.

Part of that changed environment is increased exposure to trigger factors, such as sleep deprivation, caffeine, alcohol and stress.

“Three out of 10 Koreans experience panic attacks at least once in their lifetimes and one out of three goes on to develop panic disorder,” Wu said. 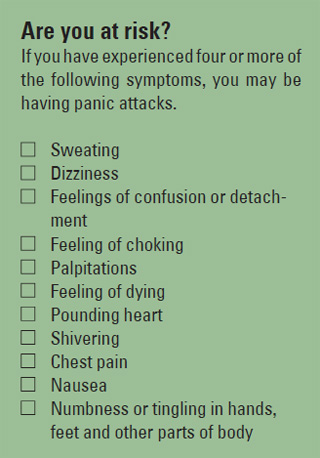 Because of celebrities who opened up about their struggles, panic disorder has received a great deal of media attention. Still, most Koreans lack awareness of the disorder and have a hard time seeing when they are at risk.

Kim Hyung-jun, a 35-year-old office worker at an IT company speaking under a pseudonym, recently was sweating profusely and felt like he was choking. He thought he was going to die, remembering how his father died of a heart attack.

Thus, Kim visited the internal medicine department at a hospital to check his heart, but found no problems. Kim then checked his respiratory organs, digestive system, ears and nose.

Finally, he went to a psychiatric clinic.

Because dizziness, chest pain and a choking feeling often accompany a panic attack, victims sometimes conclude it is a heart problem.

Even when people find they have panic disorder, they are often misunderstood by their friends and families. Symptoms of a panic attack are intense and temporary, typically peaking in 10 minutes and abating in 30.

For this reason, people suffering an attack often go to a hospital emergency room. Because tests can fail to reveal any physical causes of the attacks, families and friends often think the attack victim is pretending to be sick. But experts say people who are struggling with panic disorder are in need of deep understanding.

“Panic disorder should be considered a chronic disease. And families and friends shouldn’t say that they are being weak or they should overcome the disease with mental strength,” Yu said.

Panic disorder could lead to dangerous situations when it is not properly treated.

Jewelry designer Han Kyung-hee, whose name was changed for privacy, was driving her car when she suddenly felt like she was choking and dying. She also felt like her whole body was paralyzed. Her car eventually crashed into guardrail and she broke five ribs.

Recurring panic attacks also might contribute to other problems, such as depression and alcoholism.

The best treatment for now is a combination of cognitive-behavioral therapy and medication. Anti-anxiety and anti-depression drugs calm the nervous system, but they are not a cure.

“There is this man who can’t swim. Then do you want to teach him how to swim or give him just an inflatable rubber tube? The same goes for panic disorder patients,” said Choi Young-hee who runs Metta Institute, a mental health clinic.

“Drugs achieve instant results, but they are like inflatable tubes. About 70 percent of panic disorder patients relapse after they stop medication.”

That’s why cognitive-behavioral therapy is required. It is designed to help people understand and control the thoughts that induce panic such as “I’m going to die” or “There’s no one I can turn to.”

The most important thing, however, is continuing with therapy and medication.

“Nearly half of the patients stop medication and therapy in six months,” said Yu. “And they get back to their old habits by drinking alcohol and coffee. Then the anxiety disorder recurs.”